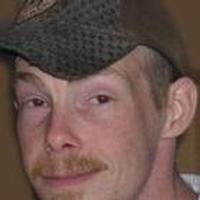 Adam attended Linn High School and had previously worked as a sand blaster at S & S Metals in Chamois. He was the apartment manager for Sunset View Apartments where he lived.

In addition to his parents, Adam is survived by: one brother, Thomas and his wife Jenny Mathews of Chamois; one sister, Nina-Kay and her husband Troy Burton of the state of California, as well as aunts, uncles, cousins and friends.

Memorial Services will be held at a later date.

Expressions of sympathy may be made to the Mathews Family c/o Morton Chapel, PO Box 77, Linn, MO 65051.

To order memorial trees or send flowers to the family in memory of Adam D. Mathews, please visit our flower store.