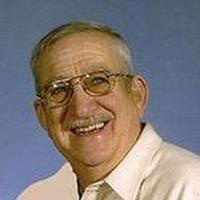 Albert attended St. George Catholic School and was a Linn High School graduate. After graduation, he enlisted in the United States Army serving from 1958 until 1961 spending two years of his enlistment in Germany.

On May 29, 1965, he was united in marriage to Mary Jo Schroeder in Linn. She survives of the home.

Albert was employed by the Missouri Department of Transportation for 38 years where he worked in the road and bridge maintenance department until his retirement on January 1, 2002. He also owned and operated Speed Wash Laundries in Linn, Owensville, and Jefferson City for 16 years.

Albert was a lifelong resident of Osage County and a member of St. George Catholic Church, Knights of Columbus, and an "honorary member" of the St. Ann's Sodality where he was the "head counter" for the funeral luncheons. He was also a member of Western Catholic Union and Catholic Knights of America.

Albert enjoyed fishing, hunting, gardening, and gathering rocks particularly those from Linn Creek. He was very talented at low cost repair and maintenance, drawing from his accumulated supply of "stuff" for parts. He enjoyed reading John Grisham novels and any articles about Joe DiMaggio. However the biggest joys in his life were his granddaughters, Whitney and Taylor. When they were around everyone else disappeared into the background.

Mass of Christian Burial will be at 10:00 a.m. on Thursday, September 8, 2011, at St. George Catholic Church in Linn with Fr. I.C. Medina as the Celebrant. Interment will follow at St. George Parish Cemetery with full military honors.

Expressions of sympathy may be made to St. George Catholic Church or School or to Hospice Compassus.

To order memorial trees or send flowers to the family in memory of Albert H. Hueste, please visit our flower store.