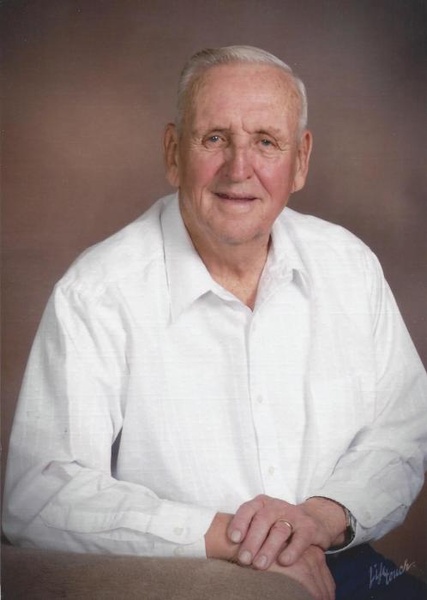 Albert A. Jansen, age 86 of Bonnots Mill, passed away Monday, July 15, 2019, at Westphalia Hills surrounded by his family.

Albert was born October 26, 1932, in Bonnots Mill, a son to the late Raphael and Cecelia (Boillot) Jansen.

In February of 1952, Albert enlisted in the United States Navy and served his country proudly until his discharge in 1956.

On April 28, 1954, Albert was united in marriage to Grace Mary Porting at Immaculate Conception Catholic Church in Loose Creek. Grace preceded him in death on January 21, 2014.

Albert worked for the Department of Corrections as a maintaince engineer for 27 years prior to retiring in November of 1994.

Albert was a member of the St. Louis of France Catholic Church in Bonnots Mill, the Knights of Columbus Council # 2027 in Bonnots Mill and VFW Post 4756.

Albert volunteered his time to many worthwhile endeavors including, helping with the Diocese 6th Grade Vocation Day and the Three Rivers COOP Helping Hands Community Foundation.

He helped establish and worked as an EMT in the early days of the Osage County Ambulance District.

Albert enjoyed the family farm, riding his four-wheeler while checking on the fences and the cows, church activities, woodworking where he built many bird houses and feeders for his family. He enjoyed spending time with his constant companion Buddy but most of all his greatest love was time spent with his family.

In addition to his parents and spouse of 59 years, Albert was preceded in death by one son Michael Jansen, one brother Wilfred Jansen and a sister, Sr. Cecelia Jansen, C.D.P.

Interment with full Military Honors will follow in the St. Louis of France Parish Cemetery.

Expressions of sympathy may be made to the Immaculate Conception School in Loose Creek, the St Louis of France Catholic Church or to the Good Shepherd Food Pantry in Linn.

To order memorial trees or send flowers to the family in memory of Albert A. Jansen, please visit our flower store.