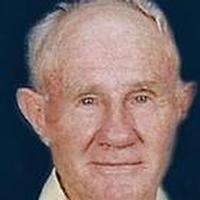 Albert was born October 11, 1924, in Chamois, a son to the late Fred and Elizabeth (Thoenen)
Keilholz.

As a child, Albert attended school at Deer Creek School. Albert was a World War II Army Veteran and served in the U.S. Marines during the Korean Conflict.

On April 19, 1952, Albert was united in marriage to Betty Sting in Frankenstein. She survives of the home.

Albert was a lifelong area resident and a member of Our Lady Help of Christians Catholic Church in Frankenstein. He was a member of American Legion Post #506 in Chamois.

Albert loved to work on the farm and also did custom farm work for area farmers.

In addition to his parents, he was preceded in death by: one daughter, Darlene Collins; one son, Dale Keilholz; three brothers, Hubert, Frank and Stanley Keilholz; three sisters, Agnes Wolz, Bernadine Komorowski, and Helen Jones; and one grandchild, Kevin Collins.

Mass of Christian Burial will be held at 10:00 a.m. on Monday, March 12, 2012, at Our Lady Help of Christians Church with Fr. I.C. Medina as the celebrant. Interment will follow in the Garden of Gethsemane Cemetery with full Military Honors.

Expressions of sympathy may be made to St. Mary's School.

To order memorial trees or send flowers to the family in memory of Albert G. Keilholz, please visit our flower store.