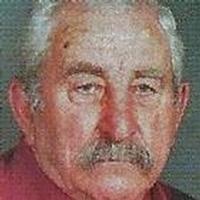 Alfred was born, July 5, 1929 in Linn, a son to the late Anton and Mary (Reinkemeyer) Rustemeyer.

On May 5, 1956, Alfred was united in marriage to Loretta Ellebracht in St Louis. She survives of the home.

Alfred was a graduate of Wellston High School in St Louis and worked a number of years for the A&P Grocery Stores as a produce manager. Alfred also served his country as a Marine during the Korean War.

Alfred was a member of St George Catholic Church in Linn and a member of the United Food and Commercial Worker Union. He enjoyed hunting, fishing, his hobby farm and gardening.

In addition to his parents, Alfred was preceded in death by one sister, Evelyn Rustemeyer.

A funeral mass will be held at 1:00 p.m. Friday, November 22, 2013 at St George Catholic Church with Fr. John Schmitz as the Celebrant.

Interment will be in Jefferson Barracks National Cemetery in St. Louis with full Military Honors.

Expressions of sympathy may be made to the Honor Flight Program.

To order memorial trees or send flowers to the family in memory of Alfred Herman Rustemeyer, please visit our flower store.