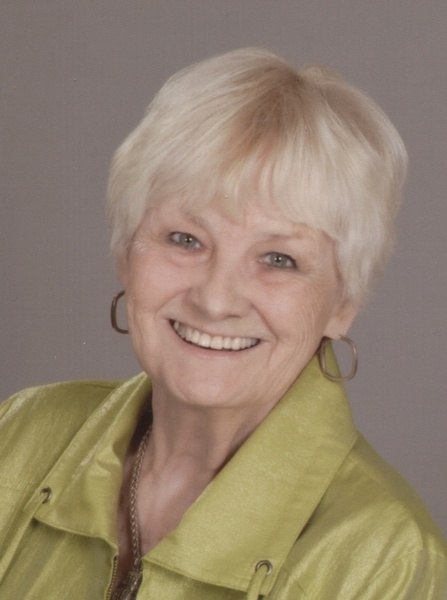 Alice was born March 13, 1934, in Chamois, MO a daughter to the late Rudolph and Gertrude (Talken) Edwards.

Alice attended school at Most Pure Heart of Mary in Chamois until the 5th grade. In 1945, her family purchased a dairy farm in Rich Fountain and she finished the 10th grade at Sacred Heart Catholic School in Rich Fountain, MO. She attended classes at Linn R-II and obtained her GED on September 8, 1981.  This was one of her proudest moments.

On February 19, 1955, she was united in marriage to Fredrick “Freddie” Nilges at Sacred Heart Catholic Church in Rich Fountain.  He preceded her in death on May 8, 2020.

After finishing school, she worked for Tweedie’s Shoe Factory in Jefferson City.  At age 18, she went to work in St. Louis doing housework for a family in Clayton, MO.  She came back to Linn in 1953 and was working at Green Gables Café where she met her future husband, Freddie.  Alice worked at Nilges Motor Company and Linn Manufacturing and then became a homemaker with her three oldest children.  In 1964, she went to work at People’s Mutual Insurance in Linn for six years until her daughter, Lori, was born.  In 1975, she went back into the work force at Commercial Café and Al’s Café and was Linn’s City Clerk for five years.  She was also a cook at the Linn Nutrition Center and then worked in the cafeteria at Linn R-II School District until her retirement January 1, 1995.

Alice was a member of St. George Catholic Church in Linn.

Alice enjoyed going to garage sales and bargain hunting, doing home improvements, taking care of plants and flowers and working outdoors in the summer.  In her younger years, she was an avid bowler and she and Freddie were dedicated members of the Married Partiers.  She loved socializing with friends and partaking in box wine.  Her favorite holiday was Christmas and she has the decorations to prove it.  She loved spending time with her children, grandchildren and great grandchildren.  All of these things gave Alice a great sense of pride which she inherited from her parents.  She had the most positive outlook in life, a genuine heart and a warm beautiful smile.

Mass of Christian Burial will be held at 11:00 a.m. on Friday, January 22, 2021, at St. George Catholic Church with Fr. Colin Franklin as the Celebrant.  Interment will follow in St. George Parish Cemetery.

Expressions of sympathy may be made to St. George Cemetery Fund or the Jefferson City Animal Shelter.

The family requests that masks be worn and social distancing guidelines be followed.

Arrangements are under the direction of Morton Chapel, Linn, Missouri (897-2214).

To order memorial trees or send flowers to the family in memory of Alice Marie Nilges, please visit our flower store.