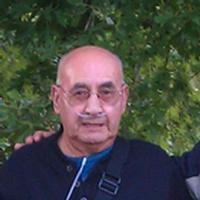 Corky worked as an auto body mechanic most of his life. He was a member of the LDS Church and enjoyed fishing, driving race cars in his younger days and working on hot rods.

In addition to his parents, Corky was preceded in death by: two sisters, Janet and Sally; and a great grandson, Jude.

Family services will be held at a later date.

To order memorial trees or send flowers to the family in memory of Allen "Corky" R. Johnson, please visit our flower store.