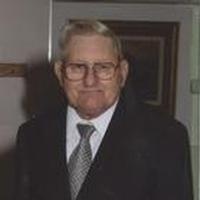 Aloysius Kremer, age 84 of Loose Creek, passed away on Monday, September 7, 2015, at Linn Living and Rehab Center in Linn.

Al graduated from Loose Creek High School. He served in the United States Army during the Korean Conflict and was honorably discharged in March of 1954.

On September 7, 1957, he was united in marriage to Mary Esther Niekamp at St. George Catholic Church in Linn. She survives of the home.

Al was self-employed in construction work and built many homes.

Al cherished his time with his family. He enjoyed bowling, playing cards and dominos, taking vacations, visiting many state capitols, and fishing with the grandchildren.

In addition to his parents, Al was preceded in death by: a daughter, Kathleen Kremer; a son, Carl Kremer; a daughter-in-law, Rebecca (Falter) Kremer; three sisters, Clara Backes, Generose Toebben, and Betty Massman.

In lieu of flowers, expressions of sympathy may be made to Loose Creek School.

To order memorial trees or send flowers to the family in memory of Aloysius F. Kremer, please visit our flower store.