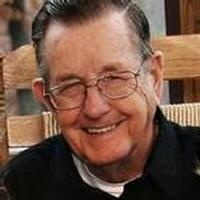 Alvin "Al" Backues, age 83 of Linn, passed away Tuesday, September 25, 2012, at the University Hospital and Clinics in Columbia.

Al was born May 8, 1929, in St. Louis, a son to the late Arthur Jake Backues and Sadie Irene Simmons.

On May 3, 1968, he was united in marriage to Rita Kornberger in Linn. She survives of the home.

Al was a U.S. Army Veteran. He worked as an assembly line worker for Carter Carburetor in St. Louis for 30 years.

Al and Rita moved to Linn in 1984. Al was a member of the First Assembly of God Church in Jefferson City. He also attended Linn Family Worship Center.

In addition to his wife, Rita, Al is survived by: two sons, Andrew "Andy" Backues and his wife Julie of Jefferson City and Steven Backues and his wife Nancy of Ozark; one daughter, Ann Davis and her husband Marc of Hawthorn Woods, IL; one brother, Herbert Hollubeck and his wife Linda of Salem; one sister, Revella Kasprzyk and her husband Joseph of Jacksonville, IL; six grandchildren, Ashley Schmitz, Emily Gove, Morgan and Amanda Davis, Olivia and Levi Backues; one great grandchild, Maggie Schmitz as well as several nieces and nephews.

In addition to his parents, he was preceded in death by one brother, Charles Jones.

Visitation will be held from 11:00 a.m. to 1:00 p.m. on Saturday, September 29, 2012, at Morton Chapel in Linn. Funeral Services will follow at 1:00 p.m. with Pastor Lowell Perkins officiating. Interment will be in the Linn Memorial Park Cemetery.

To order memorial trees or send flowers to the family in memory of Alvin J. Backues, please visit our flower store.