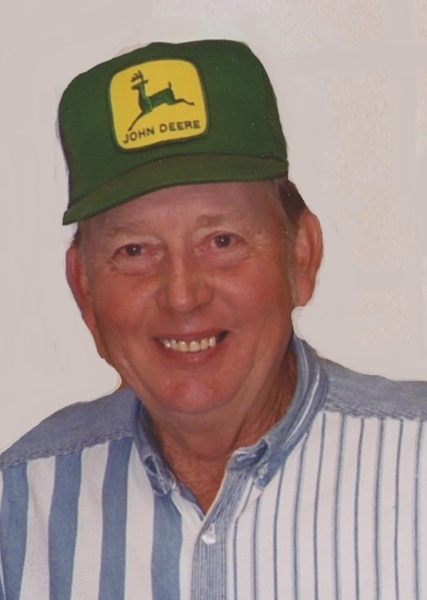 Ambrose was born December 6, 1939, in Rich Fountain, a son to the late Albert and Mary (Bock) Grellner.

On October 20, 1973, he was united in marriage to Miss Helen Kloch at St. Peters Catholic Church in Jefferson City.  She survives at their home in Rich Fountain.

Farming was truly a joy to him, never seen as an occupation but a way of life to provide for his family.  He began working with his father on the three-generation family farm as a child and continued to expand and nurture it with his wife by his side to hand down his knowledge and love for the land to his daughters and grandsons.

He enjoyed tractor pulling events, watching his grandson’s baseball games, Cardinals baseball on tv, checking cattle or delivering snacks with a smile on his Kioti to Nathan and Nevan while raking and baling hay.

In addition to his spouse of 43 years, Ambrose is survived by: two daughters, Lori (Larry) Woehr of Rich Fountain and Lisa (Kevin) Fincher of Linn; two grandsons who worked beside him on the family farm, Nathaniel and Nevan Woehr; three brothers, Fred Grellner of Linn, George and Bob Grellner both of Rich Fountain; nephews and nieces; and other relatives and a host of friends.

In addition to his parents, Albert and Mary, he was preceded in death by a grandchild.

Mass of Christian Burial will be held at 11:00 a.m. on Monday, September 25, 2017, at Sacred Heart Catholic Church in Rich Fountain with Fr. William Debo and Fr. I.C. Medina as concelebrants.  Interment will follow in the Sacred Heart Parish Cemetery.

To order memorial trees or send flowers to the family in memory of Ambrose "Amby" J. Grellner, please visit our flower store.