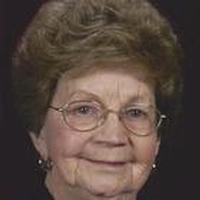 She was a lifelong resident of the Loose Creek community and a member of the Immaculate Conception Church in Loose Creek, the St. Ann's Sodality, the Sewing Circle and the VFW Post 4756 Ladies Auxiliary in Linn.

She worked to support the war effort in a defense factory in St. Louis during WWII and later at Scholastics in Jefferson City. Angie was also the co-owner along with her husband and his siblings, of Lock's Brothers Milling Company in Loose Creek.

Angie and Howard loved to dance and with their many friends, belonged to several dance clubs. They traveled extensively including visiting Germany several times to reconnect with their ancestors. Home, though, was her favorite place to be. Angie loved to read, crochet and quilt but most of all, she loved to visit with her many friends and her beloved grandchildren and great grandchildren.

Visitation will be held from 8:00 a.m. to 10:00 a.m. on Wednesday, July 25 at Immaculate Conception Church, in Loose Creek. Fr. Don Antweiler will celebrate a Mass of Christian Burial at 10:00 a.m. with interment to follow in the parish cemetery.

Expressions of sympathy may be made to the Immaculate Conception Church.

To order memorial trees or send flowers to the family in memory of Angeline A. Lock, please visit our flower store.