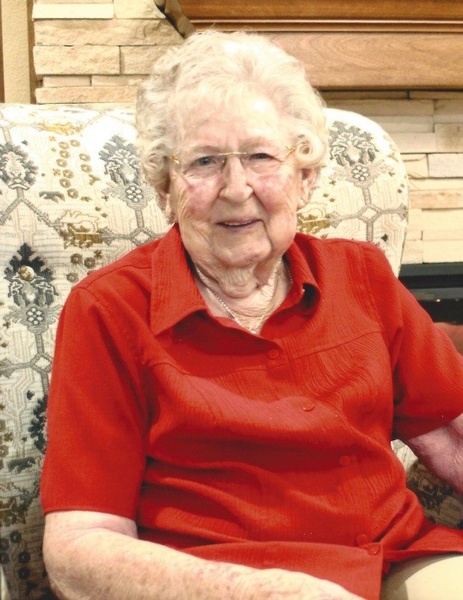 Ann was born June 9, 1930, in Rich Fountain, a daughter to the late Henry Joseph and Anna Marie (Bauer) Grellner.

On May 12, 1956, Ann was united in marriage to August “Gus” Henry Wibberg at Sacred Heart Catholic Church in Rich Fountain.  He preceded her in death on November 19, 2016.

In addition to her life as a homemaker, Ann worked various caregiving jobs.

Ann was a member of St. George Catholic Church and St. Ann’s Sodality.

Ann enjoyed gardening, flowers, fishing, trips to the boat, quilting, and time spent with her family.

In addition to her parents and spouse of 60 years, Ann was preceded in death by a son, Jerry Wibberg; a daughter, Karen Henderson;  three brothers, Anthony “Bill”, Joe and Paul Grellner; one sister, Margaret Grellner; three brothers-in-law, Albert Rudroff, Ben Fick and Leroy Stegeman and a sister-in-law, Mabel Grellner.

Mass of Christian Burial will be held at 11:00 a.m. on Wednesday, February 5, 2020, at St. George Catholic Church in Linn with Fr. Daniel Merz as the Celebrant.  Interment will follow at St. George Parish Cemetery.

Expressions of sympathy may be made to St. George Capital Campaign Fund or St. Ann’s Sodality.

To order memorial trees or send flowers to the family in memory of Anna "Ann" Marie Wibberg, please visit our flower store.