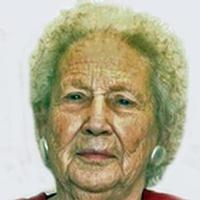 Arline A. Busch, age 90 of St. Louis, formerly of Linn, passed away on Sunday, December 27, 2015, at her daughter's residence in Mexico, Missouri.

Arline was born on November 3, 1925, in Mint Hill, a daughter to the late Frank and Ida (Alexander) Herndon.

Arline was a graduate of Linn High School and after graduation went to work at the Linn Draft Board.

In addition to being a homemaker, Arline worked as a sales clerk for several jewelry stores in the St. Louis area.

She was a lifelong member of the Oklahoma Church of Christ and enjoyed growing flowers, gardening, and spending time with her family.

In addition to her parents and spouse of 55 years, Arline was preceded in death by: three brothers, Arthur, Arvel, and Clifford Herndon and two sisters, Edith Koch and Rita Gaume.

Funeral Services will be held at 11:00 a.m. on Saturday, January 2, 2016, at Morton Chapel in Linn. Interment will follow in the Oklahoma Church of Christ Cemetery.

Expressions of sympathy may be made to the Oklahoma Church of Christ Cemetery Fund.

To order memorial trees or send flowers to the family in memory of Arline Aneta Busch, please visit our flower store.