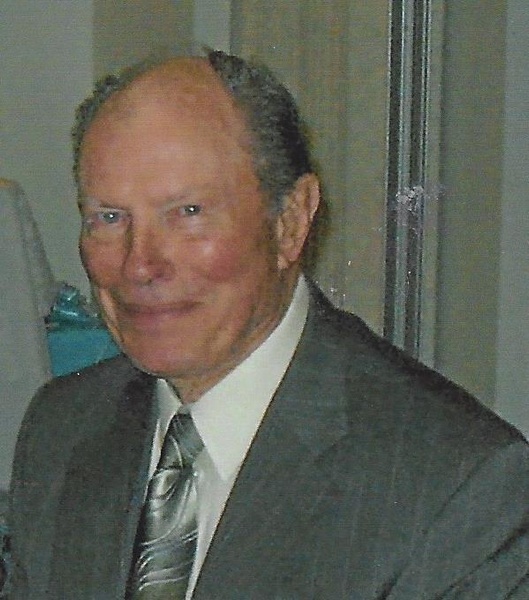 Arnold was born on March 28, 1929, in Jonesburg, Missouri, a son to the late Robert and Edna (Snedeker) Wright.

Arnold attended school in Jonesburg and graduated from Jonesburg High School in 1947.

Arnold was employed as a truck driver for many years in the St Louis area before moving to his farm near Chamois in 1969 with his wife and young family.  There he continued his career as a truck driver and added a new one as a farmer.  Arnold loved watching his cattle grow and all the work involved with farming.  He was a jack of all trades and enjoyed fixing and building things.  He always cherished the time that he spent with his family and friends.

Arnold was an active member at First Baptist Church of Linn for many years.

Arnold is survived by two sons, Randy Wright and his wife Melinda of St. Charles and Bob Wright and his wife Roberta of Independence; two daughters, Linda Malone and her husband Keith of Blue Springs and Susie Henneke and her husband Larry of Fulton; 10 grandchildren; 16 great grandchildren; six siblings, Hazel Hawkins of St. Louis, Doris Quanty of Jonesburg, Glenn Wright and his wife Toodie of Jonesburg, Imogene Theisen of Kansas City, Mary Lou Taylor of Kearney and Donna Wilde of Columbia, Illinois; many nieces and nephews and special friend, Shirley Owens of Linn.

In addition to his parents and spouse of 55 years, he was preceded in death by one brother, Neil Wright.

Visitation will be held from 10:00 a.m. to 11:30 a.m. on Monday, June 17, 2019, at First Baptist Church in Linn.  Funeral Services will follow immediately afterwards.  Interment will be held at 3:00 p.m. in the Oak Grove Baptist Cemetery in Jonesburg.

Expressions of sympathy may be made to First Baptist Church of Linn.

To order memorial trees or send flowers to the family in memory of Arnold Wright, please visit our flower store.