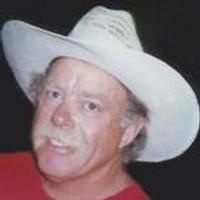 Arthur Lee was born November 16, 1947, in Jefferson City to the late Arthur "Bud" Verdot and Lorene S. (Hartman) Verdot who survives in Linn.

Arthur was a 1965 graduate of Linn High School and had worked in construction for IBEW Local #2.

Arthur Lee was a lifelong area resident and was of the Catholic faith.

He was a member of IBEW Local #2 and enjoyed participating in the Eminence Trail Rides and the Cystic Fibrosis Hoof-A-Thon's. He also was an avid race car fan. He enjoyed both drag racing and circle track racing.

In addition to his mother, Arthur Lee is survived by: two step-sons, Mark and his wife Julie Gerlach of Jefferson City and Matt Gerlach of Russellville; one brother, Bill and his wife Bonita Verdot of Linn; one sister, Jane Theissen and her husband Don of Linn; two step-grandchildren, Taylor and Landon as well as two nieces, five nephews and many cousins.

To order memorial trees or send flowers to the family in memory of Arthur Lee Verdot, please visit our flower store.