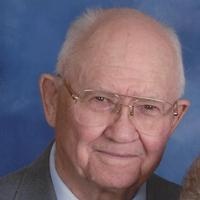 On May 12, 1956, he was united in marriage to Ann (Grellner) at Sacred Heart Catholic Church in Rich Fountain. She survives of the home.

Gus was employed at McGraw Edison Factory for 17 years. He was a lifelong farmer.

Gus was a member of St. George Catholic Church and the Linn Knights of Columbus Council #4838 and Western Catholic Union.

He enjoyed fishing, playing cards, deer and mushroom hunting, gardening, raising strawberries, replanting grass but his greatest love was spending time with his children and grandchildren.

In addition to his parents, Gus was preceded in death by a son, Jerry Wibberg; four brothers, Albert, Tony, Alphonse, and Christopher Wibberg and three sisters, Angie Bennett, Catherine and Elizabeth Wibberg.

Mass of Christian Burial will be held at 11:00 a.m. on Wednesday, November 23, 2016, at St. George Catholic Church in Linn with Fr. Daniel Merz as the celebrant. Interment will follow in St. George Parish Cemetery.

Expressions of sympathy may be made to St. George Parish or Diabetes Association.

To order memorial trees or send flowers to the family in memory of August "Gus" Wibberg, please visit our flower store.