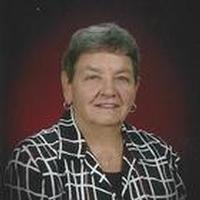 Barbara was born September 26, 1929, in Kirkwood, MO, a daughter to the late Virgil M. and Edith Irene (Imler) Wilcox.

Barbara was a graduate of Kirkwood High School. She was employed at Parkway School District for over 25 years as the Payroll Supervisor. In her later years, Barbara assisted the elderly in completing their income tax returns.

Barbara was a very active member of St. John's United Methodist Church in Linn. She was an avid gardener and loved being outdoors. She enjoyed growing flowers and cactuses. Barbara was a member of the Henry Shaw Cactus Society of the Missouri Botanical Garden in St. Louis, where she was awarded a Gold Medal for her efforts. She liked to watch the wildlife and enjoyed feeding the birds, hummingbirds, and squirrels. Barbara was an avid reader and enjoyed sewing. She loved spending time with her children but her greatest love was the time spent with her grandchildren.

In addition to her spouse and parents, she was preceded in death by one son, John Lee.

To order memorial trees or send flowers to the family in memory of Barbara Jean Lee, please visit our flower store.