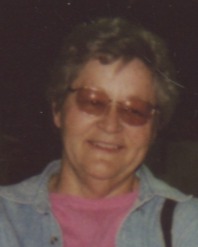 Bernie was born August 18, 1948, in Frankenstein, a daughter to the late William and Marie (Hausmann) Troesser.

She attended St. Mary’s Catholic School in Frankenstein and graduated from Fatima High School in 1966.  She earned her Bachelor of Science degree in Psychology in 2012 from University of Phoenix at the age of 64.

Bernie never had children, but she loved spoiling her nieces and nephews.

In addition to her parents and spouse, she was preceded in death by three brothers, Joseph, William and Bernard Troesser: three sisters, Helen Strope, Josephine Nolte, and Leona Troesser.

A family service will be held at a later date.

Expressions of sympathy may be made to the Family of Bernie Timberlake.

To order memorial trees or send flowers to the family in memory of Bernadette "Bernie" Timberlake, please visit our flower store.