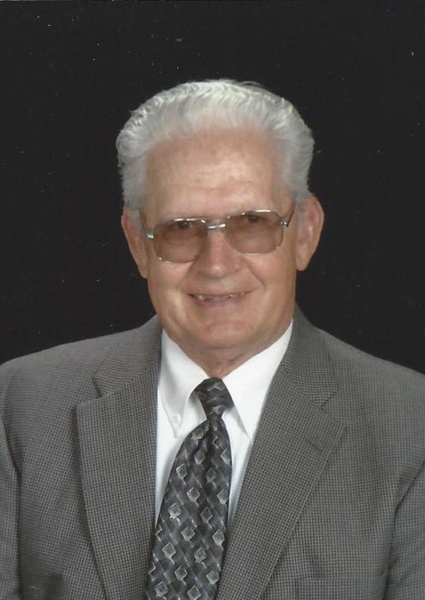 Bernard “Ben” A. Fick, age 87 of Rich Fountain, passed away on Saturday, June 2, 2018, at Westphalia Hills surrounded by his loving wife and daughters.

Ben attended Sacred Heart Catholic School in Rich Fountain.  He served in the United States Army during the Korean War.

On November 28, 1964, at Sacred Heart Catholic Church in Rich Fountain, he was united in marriage to Christine “Chris” (Grellner) Fick, who survives of the home.

Ben delivered milk for Mayens Dairy and later Central Dairy for many years until he retired in 1989.  Many of his customers called him “Milkman Ben” and he always enjoyed visiting with them and making lifelong friends.  After he retired, he still enjoyed spending time on the family farm.

Ben was a lifelong member of Sacred Heart Catholic Church in Rich Fountain, a former member of the Knights of Columbus and Teamsters.

In addition to his parents, Ben was preceded in death by: three brothers, John, William and Frank Fick and two sisters, Sister Catherine Fick, S.S.M. and Sister Helen Fick, S.S.N.D., and a sister-in-law, Edna Fick.

A Mass of Christian Burial will at 11:00 a.m. on Wednesday, June 6, 2018, at Sacred Heart Catholic Church with the Rev. William Debo and the Rev. Kevin Gormley as celebrants.  Interment with full military honors will follow at Sacred Heart Parish Cemetery.

Expressions of sympathy may be made to the Sacred Heart Catholic Church Endowment Fund.

Arrangements are under the direction of Morton Chapel in Linn, MO. (897-2214)  www.mortonchapel.com

To order memorial trees or send flowers to the family in memory of Bernard A. Fick, please visit our flower store.