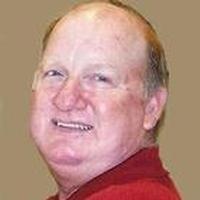 Bernie was a 1975 graduate of Fatima High School and was employed at ABB as a coil winder for several years.

On September 26, 1981 Bernie was united in marriage to Patricia Wibberg in Taos. She survives of the home.

Bernie was a member of St. Francis Xavier Catholic Church in Taos. He enjoyed fishing, hunting and gardening. He was an avid St Louis Cardinals fan and enjoyed the Kansas City Royals also. His greatest love was spending time with his grandson, Hudson Blaise.

In addition to his parents and wife Bernie is survived by: one son, Derek Haslag of the home; one daughter, April Vertako and her husband Michael of Independence; one grandson, Hudson Blaise Vertako, two brothers, Jim and his wife Bonnie Haslag and Roger and his wife Donna Haslag both of Loose Creek; two sisters, Brenda Kliethermes and her husband Ron of Loose Creek and Linda Peters and her husband Ray of Westphalia; his mother-in-law, Clara Wibberg of Osage City as well as several brother-in-laws, sister-in-laws, nieces, nephews and friends.

Bernie was preceded in death by an infant brother, Jeffrey Haslag and his father-in-law, William Wibberg.

Mass of Christian burial will be at 2:00 p.m. Monday, September 12, 2011 at St. Francis Xavier Catholic Church with Fr. Wayne Boyer and Fr. I.C. Medina as the Celebrants.

Interment will follow in the St. Francis Xavier Parish Cemetery.

Expressions of sympathy may be made to the Transplant Center at Barnes-Jewish Hospital in St. Louis.

To order memorial trees or send flowers to the family in memory of Bernard M. Haslag, Jr, please visit our flower store.