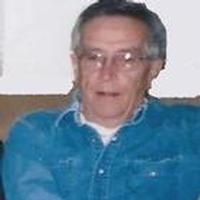 Butch was born, December 22, 1943, In Jefferson City, a son to the late Otto Scheppers and Irene (Schetzler) Scheppers. His mother survives of Jefferson City.

Butch was a graduate of Lincoln University High School and served in the U.S. Navy.

On March 27, 1967, Butch was united in marriage to Mildred Wolfe in Jefferson City. She survives of the home.

Butch worked as an electrician for over 40 years and was a member of IBEW Local #257. He was also a member of VFW Post #35 and American Legion Post #5.

In addition to his father, Butch was preceded in death by one brother, Charles Scheppers; two sisters, Lisa Scheppers and Diane Hammond.

Burial with full military honors will follow in the Ferguson Cemetery.

Expression of sympathy may be made to the VFW or the American Legion.

To order memorial trees or send flowers to the family in memory of Bernard A. Scheppers, please visit our flower store.