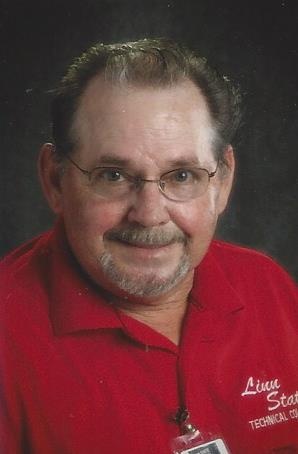 Bernie was born December 13, 1946, in Linn a son to the late Dalton and Marybelle (Mantle) Vaughan.

On October 23, 1965, Bernie was united in marriage to Carolyn Lansford who will miss him dearly.  She survives of the home.

As a young man, Bernie worked for John Robertson Farms. He later worked for Kliethermes Ford and Knollmeyer Chevrolet in Linn before going to work at Capital Supply in Jefferson City where he started as a truck driver and later as a counter man and salesman. Finally, Bernie started his own business in Linn, Vaughan Plumbing and Heating Company, which he operated for 13 years.

Bernie was a member of the Community of Christ Church in Linn and was a 45-year member of the Linn Masonic Lodge # 326 A.F. & A.M. serving as Past Worshipful Master.

Bernie enjoyed fixing things, going to the casino and spending time with his family.

In addition to his spouse of 53 years, Bernie is survived by: two daughters, Shelly Eichholz and her friend Rick Relford and Robin Johnson and her husband Gary all of Linn; two brothers, Robert Mantle and his wife Mary of Springfield and Earl Vaughan and his wife Dru of Branson; four grandchildren, Kyle (Chelsie) Miller, Brittany (Austin Meade) Pointer, Tyler (Katelynne) Johnson and Dylan Pointer; seven great grandchildren, Macyn Meade, Avery Meade, Dean Pointer, Jade Miller, Jude Miller, Maddilynne Johnson, Logan Brightwell and one due in December 2019, as well as many nieces, nephews and friends.

In addition to his parents, Bernie was preceded in death by three sisters, Loretta Pope, Eunice Day and Loretta Howard; two brothers, Herb Vaughan and Nelson Vaughan and a nephew, Randy Mantle.

Expressions of sympathy may be made to the Vaughan family.

To order memorial trees or send flowers to the family in memory of Bernice "Bernie" R. Vaughan, please visit our flower store.