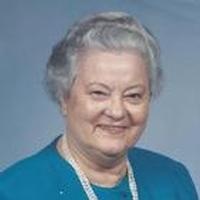 Bernice was united in marriage to Rev. Charles Miller. He preceded her in death on May 20, 1995.

Bernice and her husband moved to Linn in 1973 where he was serving as the minister at St. John's Methodist Church.

Bernice was an amateur artist and enjoyed spending time with her family.

In addition to her parents and husband, she was preceded in death by one son, Michael Miller.

Interment will be at Bellerive Heritage Gardens in St. Louis.

To order memorial trees or send flowers to the family in memory of Bernice Louise Miller, please visit our flower store.