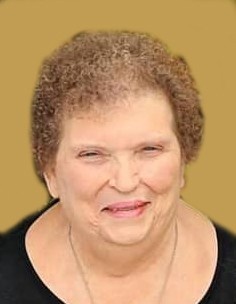 Bettie was born October 22, 1939, in Arnold, a daughter to the late George and Katherine (Hunter) Boas.

Bettie was a 1957 graduate of Herculaneum High School in Herculaneum, MO.

Bettie worked as an executive secretary for a shipping company in St Louis.

Bettie was of the Catholic faith and a member of the T.O.P.S. organization.

She enjoyed sewing, reading, working crossword puzzles and most importantly spending time with her family.

In addition to her parents and spouse of 55 years, Bettie was preceded in death by: one son, Floyd Stephen Wadlow; one granddaughter, Rylie Wagner; two brothers, Bob Boas and Tom Boas as well as one sister, Jeanette Horrell.

A graveside service will be held at 10:00 a.m. on Saturday, August 3, 2019, at the Visitation Parish Cemetery in Vienna with Fr. Matthew Flatley officiating.

Expression of sympathy are suggested to be of the donor’s choice.

The family wishes to give special thanks to Maries Manor and to Hospice Compassus for the exceptional care given to Bettie.

To order memorial trees or send flowers to the family in memory of Bettie Kay Wadlow, please visit our flower store.