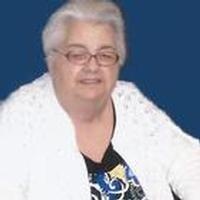 Betty was born September 13, 1931, in Manchester, PA, a daughter to the late Charles Kunkel and Mertie Danner.

She was united in marriage to James Reinhold and later married Pat Murphy from Chamois who preceded her in death on January 5, 2000.

Betty was a member of the Chamois Church of Christ. She enjoyed quilting, crocheting, and spending time with her grandchildren.

In addition to her parents, she was preceded in death by: three brothers, John Kunkel, Rod Kunkel, and Larry Kunkel and a son-in-law, John Mitchem.

Visitation will be held from 12:00 p.m. until 2:00 p.m. on Saturday, April 27, 2013, at Chamois Church of Christ. Funeral Services will follow at 2:00 p.m. with Don King officiating. Interment will be in the South Cemetery near Chamois.

To order memorial trees or send flowers to the family in memory of Betty Murphy, please visit our flower store.