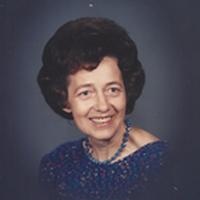 Betty was born October 9, 1938, in Loose Creek, a daughter to the late Henry and Eleanor (Kremer) Ruettgers.

On September 6, 1958, she was united in marriage to Kenneth Schreiman in Loose Creek. He survives of the home.

Betty was a homemaker and also worked for the Missouri Conservation Commission, Missouri Highway Department, and the Division of Family Services.

Betty was a member of St. George Catholic Church and enjoyed bowling, playing golf, dancing, sewing, working outside in her garden, sightseeing around the county, and spending time with her grandchildren.

In addition to her husband of 56 years, Betty is survived by: one son, Doug Schreiman and his wife Cheryl of Linn; one brother, Richard Ruettgers and his wife Mary of Loose Creek; two sisters, Marilyn Kelsey of Liberty and Kathy Dudenhoeffer and her husband Ralph of Linn; three grandchildren, Heather, Steven, and Lucas Schreiman as well as many nieces and nephews.

In addition to her parents, she was preceded in death by a sister, Gerry Kresl, an infant sister, and two brother-in-laws, Joe Kresl and Louis Kelsey.

Mass of Christian Burial will be held at 10:00 a.m. on Wednesday, April 1, 2015, at St. George Catholic Church with Fr. Daniel Merz as the celebrant. Interment will follow in St. George Parish Cemetery.

To order memorial trees or send flowers to the family in memory of Betty A. Schreiman, please visit our flower store.