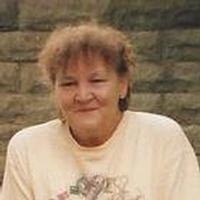 Susie was born August 11, 1946, in Jefferson City, a daughter to the late Clarence Alfred and Ruth Nadine (Peters) Gilbert who survives of Chamois.

Susie was a 1964 graduate of Chamois High School.

On August 7, 1964, she was united in marriage to, Rudolph "Virgil" Buscher in Jefferson City. Virgil survives of the home in Chamois.

Susie was a member of the United Methodist Church in Chamois. She served as an alderman for the City of Chamois and she served on the Chamois School Board.

Susie enjoyed hunting, fishing, going to garage sales, playing Bingo and the Lottery, and she was a big Elvis fan. Her most important and favorite thing was spending time with her family and friends.

In addition to her mother and spouse of 50 years, Susie is survived by: one son, Michael Buscher and his wife Dana of Chamois; daughter, Debbie Gerloff and her husband Leon of Chamois; four grandchildren, Lance Gerloff, Lacey Nolte and her husband Ryan, Shane Buscher and Bret Buscher; soon to arrive one great grandson, Landen Nolte; brother, Douglas Gilbert of Anchorage, Alaska; sister, Cheryl Kuschel and her husband Karl of Chamois; mother-in-law, Gertha Mae Buscher of Holts Summit, brothers-in-law and sisters-in-law, along with several nieces, nephews, and numerous friends.

Funeral Services will be held at 11:00 a.m. on Wednesday, October 15, 2014, at the United Methodist Church in Chamois with Rev. Rayla Stewart Hogue officiating. Interment will be in the Chamois City Cemetery at a later date.

Expressions of sympathy be made to the Chamois United Methodist Church.

To order memorial trees or send flowers to the family in memory of Beverly "Susie" Buscher, please visit our flower store.