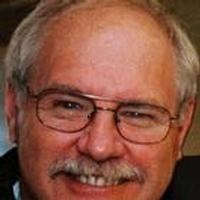 Bob graduated from Warrenton High School in 1968 and received his Associates degree from Linn Technical College in 1970. Bob served in the Army from 1970-1972, and was stationed in Holland.

Bob was employed as a mechanic in the Osage County area his entire life most recently with Casper's Conoco in Linn.

On September 30, 1972 Bob was united in marriage to Kathy Barham in Linn. She survives of the home.

Bob was a member of St. John's United Methodist Church in Linn where he served as chairman of the Board of Trustees at the church, the Linn Lions Club and the Jefferson City Car Club. His hobbies included collecting toy tractors and trucks, antique cars, attending and participating in tractor pulls and mud runs, cutting grass and most importantly spending time with his family especially his granddaughters.

To order memorial trees or send flowers to the family in memory of Bob Dothage, please visit our flower store.