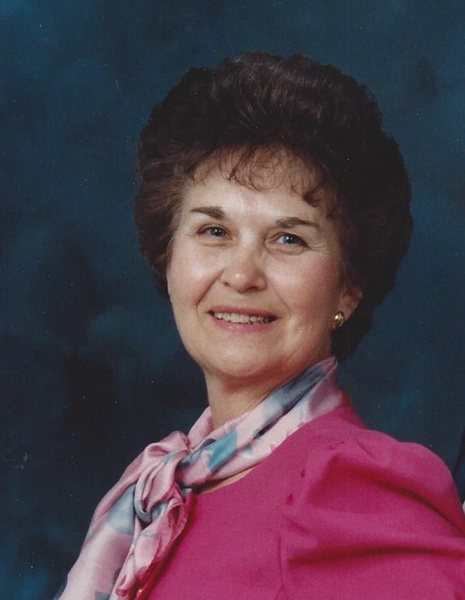 Bonnie Jean Kormann, age 86 of Jefferson City, formerly of Chamois, went to be with her Lord and Savior, Jesus Christ on Tuesday, October 16, 2018, at The Arbors in Jefferson City.

She was born February 23, 1932, in St Aubert, Missouri, a daughter to the late Russell and Myrtle Elvira (Thee) Thompson.

Bonnie was united in marriage on June 5, 1949, to Vernon Fred Kormann in Jefferson City. He preceded her in death on July 26, 1989. In the early years of their marriage, Bonnie was a homemaker and provided loving support to Vernon as he established his Sinclair service station business in Chamois beginning in 1955.

Bonnie was a lifelong resident of Central Missouri and attended high school in Chamois. She worked several years for Dr. Francis Farnsworth of Chamois and ten years for the State of Missouri. Bonnie was a charter member of the First Baptist Church in Chamois where she taught children’s Sunday school for many years. She was a member of the Chamois Lion’s Club and the American Legion Auxiliary.

Bonnie loved going crappie fishing with Vernon at Truman and Mark Twain lakes and watching her grandchildren participate in school and sporting events.

In addition to her parents and spouse of 40 years, Bonnie was preceded in death by: her brother, Delbert “Buddy” Thompson; and her four sisters, Eileen McIntosh, Mildred “Mickey” Kormann, Violet Lynch, and Beulah Joy Thompson.

Funeral Services will be held at 11:00 a.m. on Saturday, October 20, 2018 at First Baptist Church in Chamois with Pastor Larry Hendrickson officiating. Interment will follow in the Oakland Cemetery in Chamois.

In lieu of flowers, memorial contributions are suggested to First Baptist Church in Chamois or St Aubert Cemetery Fund.

To order memorial trees or send flowers to the family in memory of Bonnie Jean Kormann, please visit our flower store.