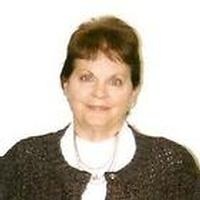 Brenda was born July 23, 1951 in Columbia, a daughter to the late Charles and Emma (Schowengerdt) O'Brien.

Brenda was a graduate of Owensville High School and had worked in bookkeeping for a home health agency.

On May 23, 2009 Brenda was united in marriage to Dieter Palmer in Mt. Sterling. He survives of the home.

In addition to her husband, Brenda is survived by: two sons, Michael Hummel of St. Louis and Carl Neaveill of the State of Mississippi; two daughters, Charlean Stockton and her husband Jason of Gerald and Torri Eisterhold and her husband Ernie of Linn; two brothers, Jack O'Brien of Rose Bud and Daniel O'Brien of Bull Shoals, AK; one sister, Betty Hawkins of Farmington; 17 grandchildren, 2 great grandchildren as well as nieces, nephews and friends.

In addition to her parents, Brenda was preceded in death by her 11 year old grandson Braden Morff.

Private family burial will take place at a later date.

In lieu of flowers expressions of sympathy may be made to a charity of the donor's choice.

To order memorial trees or send flowers to the family in memory of Brenda K. O'Brien, please visit our flower store.