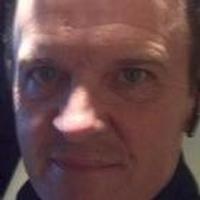 Brian was born, December 22, 1964, in Kansas City, a son to Jack and Janice (Hoener)
Walker who survive of Jefferson City.

Brian was a 1983 graduate of Jefferson City High School. He was employed for several
years as a maintenance supervisor for the State of Missouri and he later worked for
Terminex in Columbia.

Brian was a lifelong area resident and a member of First Presbyterian Church in Jefferson
City. He enjoyed motorcycles and NASCAR.

In addition to his parents, Brian is survived by: two brothers, Kevin Walker and his wife
Patti of Junction City, KS and Todd Walker and his wife Melanie of Crestview, FL; one
sister Jana Gentges and her husband Tim of Ashland as well as a niece, nephews and
friends.

Interment will follow in the Bethel Presbyterian Cemetery in Bay.
Expressions of sympathy may be made to the Walker family.

Brian will be greatly missed by his family

Expressions of sympathy may be made to the Walker Family.

To order memorial trees or send flowers to the family in memory of Brian Dean Walker, please visit our flower store.