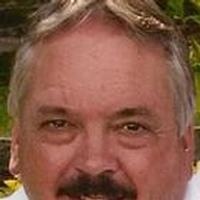 Bryan was born January 21, 1962, in Jefferson City, a son to Sylvester and Mary Lou (Wilbers) Muenks. His parents survive of Loose Creek.

Bryan was a 1980 graduate of Fatima High School.

On October 20, 1984, he was united in marriage to Irene Kremer in Loose Creek. She survives of the home.

Bryan had been employed for 28 years as a pressman for R.R. Donnelly in Jefferson City. He was a member of Immaculate Conception Catholic Church in Loose Creek .

Bryan enjoyed spending time with his family and playing with his grandchildren. He also enjoyed hunting and was a member of the NRA. Bryan was an avid St. Louis Cardinal fan.

To order memorial trees or send flowers to the family in memory of Bryan W. Muenks, please visit our flower store.