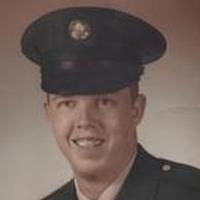 Calvin was born, August 6, 1943, in Chamois, a son to the late Clifford Philbert and Goldie (Stock) Kemper.

Calvin was a 1962 graduate of Linn High School and proudly served his country for 18 years in the United States Army including two tours in Vietnam. On October 8, 2014, Calvin was able to participate in the first all "Vietnam Veterans Yellow Ribbon Central Missouri Honor Flight" to Washington, DC.

After serving in the military Calvin worked for Linn High School in the maintenance department and for Linn Manufacturing.

Calvin was an avid deer hunter and enjoyed gardening and selling his tomatoes to folks around Linn. He also enjoyed mushroom hunting and cutting wood.

Calvin is survived by: one sister, Jeanne Evans of Desert Hot Springs, CA; one half-brother, Gary Philbert of Grandview, MO; one aunt, Clara Pollock of Jefferson City. Calvin was also an uncle, great uncle, cousin and friend to many.

In addition to his parents, Calvin was preceded in death by one brother, Roger Philbert.

Expressions of sympathy may be made to the Central Missouri Honor Flight Program or to the Oklahoma Church of Christ Church Cemetery.

To order memorial trees or send flowers to the family in memory of Calvin Edward Philbert, please visit our flower store.