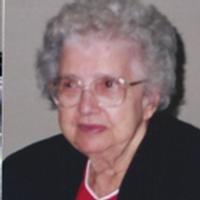 Carella was born June 13, 1921, in Linn, a daughter to the late August and Regina (Koenigsfeld) Franken.

Mass of Christian Burial will be held at 10:00 a.m. on Friday, March 6, 2015, at St. George Catholic Church with Fr. Daniel Merz as the celebrant. Interment will follow in the St. George Parish Cemetery.

Expressions of sympathy may be made to St. George Catholic Church or School.

To order memorial trees or send flowers to the family in memory of Carella Marie Samson, please visit our flower store.