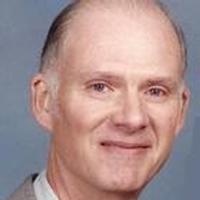 Carl was united in marriage 58 years ago on June 7, 1952, in Linn to Audrey Gelven who survives at the home.

Carl was employed as an accountant at People's Mutual Insurance Company of Linn, MO. He enjoyed gardening, fishing, bird watching, and playing games with family and friends.

Carl was a member of Linn Community Christian Church where he served as church treasurer for several years.

In addition to his parents, Carl was preceded in death by his sister, Aletha Finnell.

Funeral Services will be at 10:00 a.m. on Saturday, April 16, 2011, at Morton Chapel with Bro. Dan Hogan officiating. Interment will follow in the Linn Public Cemetery with full military honors.

Expressions of sympathy may be made to either Linn Community Christian Church or Osage County Historical Society.

To order memorial trees or send flowers to the family in memory of Carl B. Vogel, please visit our flower store.