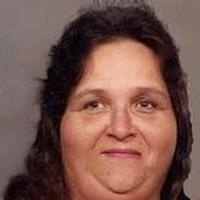 Carol was born January 18, 1947, in Anna, Illinois, a daughter to the late John William Coulter and Virginia Davidson. She survives in the State of Florida.

Carol attended school in Scotts City. She lived in the State of Illinois before moving to Jefferson City and she recently had been a resident at Autumn Meadows Skilling Nursing Facility in Linn.

While living in Jefferson City, Carol was a member of Solid Rock Baptist Church. She enjoyed crocheting, sewing and most importantly, spending time with her children and grandchildren.

In addition to her father, Carol was preceded in death by one brother, Billy Ray Coulter.

Expressions of sympathy may be made to American Heart Association.

To order memorial trees or send flowers to the family in memory of Carol Lee Frogge, please visit our flower store.