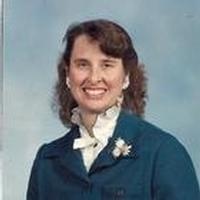 On September 24, 1967, she was united in marriage to Thomas Hubecky in Spanish Lake. He survives of the home.

Carol had worked at the Unterrified Democrat in the ad department and was a long time employee for Central Electric Power Co-Op in Jefferson City where she worked as a draftsman.

Carol was a member of St. George Catholic Church, worked with the PSR program and volunteered much of her time to other church activities. She had also been a Girl Scout Leader for many years.

She enjoyed drawing, painting, gardening, camping, walking and spending time with her family and friends.

In addition to her husband Tom, Carol is survived by: two sons, Tom Hubecky of Linn, and Philip Hubecky and his companion, Amanda Schlottke of Linn; two daughters, Jackie and her husband Omar Herndon of Linn and Caroline and her husband David Thompson of Linn; four brothers, Robert Moser and his wife Patsy of Oregon, John Hustava of Indiana, Paul Hustava of St. Louis and Bill Moser of Ohio; three sisters, Ruth Moser of Ohio, Kathy Hustava of Illinois, and Sue White of Michigan; ten grandchildren; a dear friend, Cate Clark of Linn as well as many nieces, nephews and friends.

Mass of Christian Burial will be held at 10:00 a.m. on Friday, December 24, 2010, at St. George Catholic Church with Fr. I.C. Medina as the Celebrant. Interment will follow in the St. George Cemetery.

To order memorial trees or send flowers to the family in memory of Carol A. Hubecky, please visit our flower store.