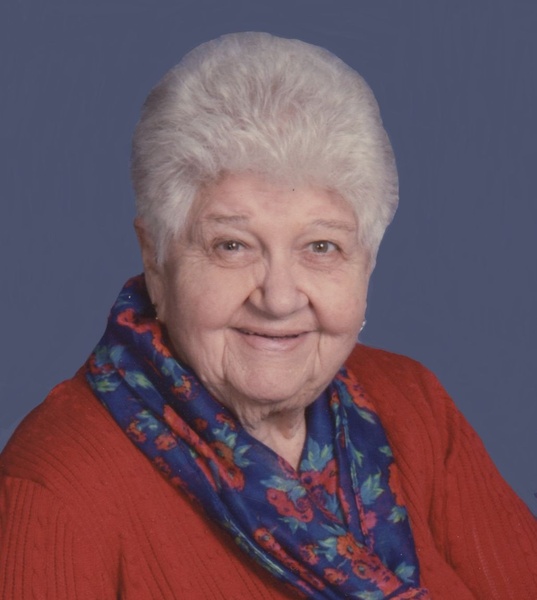 Catherine Ann (Backes) Muenks, age 90, of Loose Creek, left this earthly world and those she loved dearly on Monday, December 6, 2021.

A lifelong resident of Osage County, she was born on May 26, 1931, to the late Conrad and Anna (Bescheinen) Backes. During the Depression, Conrad found work through the WPA, part of President Franklin Roosevelt’s New Deal public work projects. The young family lived for a time in St. Charles and other locations, wherever the work took them. Upon Conrad’s untimely death in 1943, Anna and the girls returned to Loose Creek. In 1946, Anna married Herbert Schaefer. Catherine and Diane were at Herb’s side when he passed in 2006.

Catherine was married to Virgil Muenks on November 4, 1971; had he survived an automobile accident on icy roads on January 17, 1985, they would be celebrating 50 years of marriage this year. She was a loving wife and mother, devoted daughter and sister, valued aunt and good friend to many.

Virgil was a widower, having taken in four children to that marriage. Catherine jumped in with both feet, helping him raise those children. Karen Haslag (Roger Hurlbert), Karla Troth (Richard), Khristy Schepers (Mark), and Lenny Haslag (Fran). She was known as “Catherine” but referred to lovingly as “Mom”. She is grandmother to Christopher Schepers (Angela), Stephanie Cornell (Ryan), Andy Schepers (Nicole), Nick Schepers (Amy), Erin Fahs (Bryan), Nathan Haslag (Ashley), and Adam Haslag (Lauren Burkhardt). Her 15 great-grandchildren always put a sparkle in her eye and joy in her heart. They are Autumn, Mary, George, Emma, James, Jessie and Clara Cornell; Amelia and Isaac Fahs; Clara and Jase Haslag and Mason Armentrout; Tyler and Sawyer Haslag, Robin Schepers. Two other great- grandchildren are expected in 2022. She is also survived by her brother-in-law, Leonard Borgmeyer, and the Borgmeyer nephews, and niece-in-laws and their families. There was a special place in her heart for them.

She was employed by Missouri State’s Division of Employment Security until her retirement, when she set up her ceramics shop in the basement and perfected that craft. Her love for anything Santa is evident in her ceramic pieces, having grown into a collection that overtook the family room and stayed. Her “Santa Room” always brought joy to those who visited.

She enjoyed camping and trout fishing at Bennet Springs especially with her sister, Diane and many other people from the Loose Creek area, playing Canasta, and traveling. Catherine was vacationing in Cuba in 1953 when the Cuban Revolution started and she and her travel companions were whisked away back to the States quite suddenly as chaos broke around them. Catherine had a great interest in people, often watching from the comfort of her car as people around her went about their days. To know her was to love her, and it was impossible not to catch her affection for life.

Catherine was preceded in death by her husband, Virgil; her parents and stepfather; and her sister, Diane (Dote) Backes Borgmeyer. One grandson, Isaac Schepers, nephew Tom Borgmeyer and great-nephew Eric Borgmeyer.

Expressions of sympathy may be made to Immaculate Conception Church for Restoration of Stations of the Cross.

To order memorial trees or send flowers to the family in memory of Catherine Ann (Backes) Muenks, please visit our flower store.