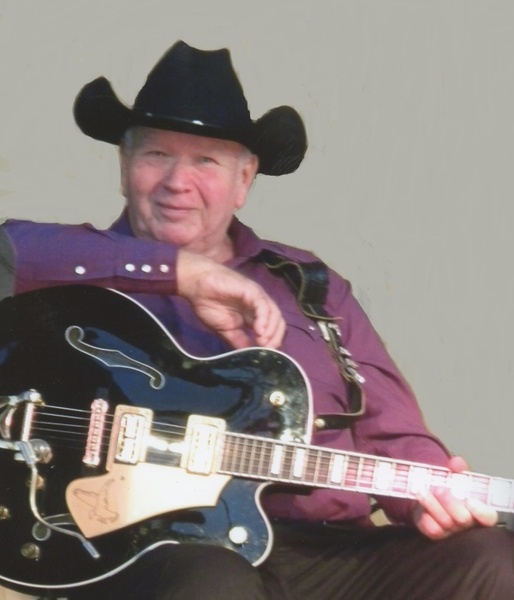 Charles was born September 11, 1939, in Westphalia, a son to the late Everett and Helen (Schmitz) Haslag.

Charles was a 1957 graduate of Fatima High School.  He was a member of the first graduating class at Linn Technical College in 1961.

On April 19, 1958, he was united in marriage to Mary M. Backes at Immaculate Conception Catholic Church in Loose Creek.  She survives of the home.

Charles was a lifelong farmer, raising cattle, turkeys, hogs and chickens.  He was also employed at McDonnell Douglas and Litton Industries in St. Louis, Towner Electronics in Jefferson City, owned and operated Town and Country TV in Linn, and sold real estate around the Linn area.

Charles enjoyed deer and turkey hunting.  He started playing guitar at the age of 12, becoming an accomplished guitarist.   Charles played country music at weddings, anniversaries, dances and also played on the radio. Charles played for the Maries Valley Ramblers and the Midnight Ramblers along with other bands in the area. He also gave guitar lessons, sharing his gift with many students over the years.

In addition to his parents, he was preceded in death by a great grandchild, Noah Uthe.

To order memorial trees or send flowers to the family in memory of Charles L Haslag, please visit our flower store.