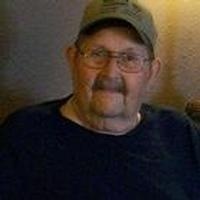 Charley was born January 19, 1933, in Frankenstein, a son of the late William A. and Martha J. (Maasen) Huesgen. Charley was raised and lived in Frankenstein all of his life except for the last three years, living in Jefferson City and then Linn.

On March 31, 1996, Charley was united in marriage to Velma (Shelley) Scarborough in Frankenstein. She survives of the home.

Charley was in the first senior class to graduate from Fatima High School in Westphalia. Charley proudly served his country in the United States Army and was stationed in Germany during the Korean War from July 1953 to May 1955. After his honorable discharge, he took over his father's school bus route. Charley drove the school bus for Osage R-III for more than 53 years until his retirement in 2009. During the summers and between driving his school routes, Charley worked at Weber's Equipment in Westphalia.

Charley loved driving the school bus and seeing all the kids every day. Upon his 50th anniversary of driving the bus a celebration was held in his honor where generations of kids he delivered safely to and from school attended. Charley loved his family, he loved to fish, drive the country roads and tell stories.

In addition to his spouse Velma, Charley is survived by: one daughter, Janice and her husband Paul Sloca of Jefferson City; three grandchildren, Tracie and her husband Curtis Schwoeppe of Marthasville, Curtis and his wife Deann Wieberg of Centertown and Shelley Sloca of Knoxville, TN; seven nephews and one niece; six sister-in-laws and five brother-in-laws.

In addition to Charley's parents, he was preceded in death by: one brother, Stanley Huesgen; one sister, Catherine Schaefer; and one nephew.

Visitation will be held from 10:00 a.m. to 11:00 a.m. on Tuesday, December 31, 2013, with a Funeral Mass immediately following at Our Lady Help of Christians Catholic Church in Frankenstein with Fr. John Schmitz as the Celebrant. Inurnment will be at Garden of Gethsemane Cemetery in Frankenstein with full military honors.

In lieu of flowers, expressions of sympathy may be made in Charley's name to Our Lady Help of Christians Catholic Church or St. Mary's School in Frankenstein.

To order memorial trees or send flowers to the family in memory of Charles Henry Huesgen, please visit our flower store.