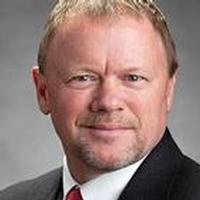 Charles "Charlie" H. Peters, Jr. age 53 of Linn, passed away peacefully Wednesday, August 20, 2014, at his residence surrounded by his family.

Charlie was born November 5, 1960, in Jefferson City, a son to Charles H. and Betty (Distler) Peters, Sr. who survive of Loose Creek.

Charlie was a 1979 graduate of Fatima High School.

On May 30, 1981, he was united in marriage to Rhonda Mantle in Linn. She survives of the home.

Charlie began his career with Learfield Communications on April 1, 1984 and was the VP of Technical Operations and Chief Engineer. Charlie was a rock at the Learfield Company providing dependability in keeping the company technically sound and coming through in the clutch. He was jokingly called "MacGyver" because he had the miraculous ability to use whatever was handy to fix whatever was broken. Charlie fully embodied the spirit of Learfield helping build the team, grow the company and encouraged all employees to have fun.

Charlie was a member of the American Rimfire Association (ARA). He enjoyed .22 Bench Rest shooting, being on the river, and spending time with his family especially his granddaughter, Olivia.

Charlie was preceded in death by an infant son, Darrell Peters.

Mass of Christian Burial will be held at 10:00 a.m. on Saturday, August 23, 2014, at Immaculate Conception Catholic Church in Loose Creek with Fr. Don Antweiler and Fr. I.C. Medina as concelebrants. Interment will follow in the Linn Memorial Park Cemetery.

In lieu of flowers, the family request that expressions of sympathy be made to OUR M.O.M., Inc. (Our Mark on Melanoma, c/o Elizabeth Shocklee, 1816 Springdale Acres Lane, St. Louis, MO 63131).

To order memorial trees or send flowers to the family in memory of Charles "Charlie" H. Peters, Jr, please visit our flower store.