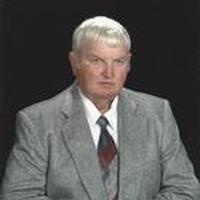 Charles was born August 8, 1938, in Loose Creek, a son to the late Herbert and Gertrude (Muenks) Porting.

Charles was a 1956 graduate of Fatima High School. After high school, Charles drove a turkey truck delivering to various towns in north Missouri and Iowa. He then went to work at Muenks Feed Mill in Loose Creek where after a few years, Charles became a partner in the Feed Mill and the "Ponderosa Farm". After his retirement, he drove a truck delivering for Osage Wood Shavings. Charles also worked on his own farm raising cattle, turkeys and hogs.

Charles was a member of St. Louis of France Catholic Church in Bonnots Mill. He also belonged to the Osage County Historical Society and the National Rifle Association.

Charles was always inventing gadgets that would help make his many projects easier. He enjoyed gardening and had a particular interest in finding and growing new varieties of produce. Charles liked to make wine, enjoyed camping, fishing and hunting especially pheasant hunting, and traveling through various states. His winter chores included feeding the birds/deer/squirrels and he looked forward to the daily visits with his morning coffee shop friends.

In addition to his wife Carol of 30 years, he is survived by: one son, Clark Porting of Bonnots Mill; his pet dog, Callie; two brothers, Allan (Shirley) Porting of St. Martins and Richard (Jeannie) Porting of Loose Creek; two sisters, Sylvia Roling of Loose Creek and Karen (James) Call of Russellville; his mother and father-in-law, Victoria Groff-Durk and Howard Durk of Columbia; two brothers-in-law, Eddie (Christine) Groff of Columbia and Albert Jansen of Bonnots Mill; as well as many nieces and nephews and great nieces and nephews.

In addition to his parents, he was preceded in death by: one brother and a sister-in-law, Arthur and Catherine Porting; one sister, Grace Jansen; a brother-in-law, Bill Roling; a father-in-law, Winfred Groff; and a nephew and niece.

Mass of Christian Burial will be held at 11:00 a.m. on Monday, October 27, 2014, at St. Louis of France Catholic Church in Bonnots Mill with Fr. Don Antweiler as the celebrant. Interment will follow in the Immaculate Conception Parish Cemetery.

In lieu of flowers, expressions of sympathy may be made to St. Louis Catholic Church Parking Addition, Immaculate Conception Cemetery Fund, or the Osage County Historical Society.

To order memorial trees or send flowers to the family in memory of Charles Bernard Porting, please visit our flower store.