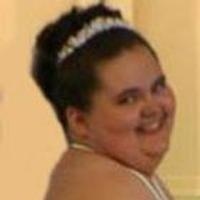 Tina attended Hermann High School. On September 29, 2007, she was united in marriage to Jeremy Barr in Hermann. He survives of the home in Mt. Grove.

Tina was a homemaker and a member of the Liberty Bible Baptist Church in Linn.

She loved music and watching movies.

Expressions of sympathy may be made to the Barr Family.

To order memorial trees or send flowers to the family in memory of Christina Ann Barr, please visit our flower store.