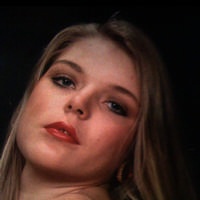 Christina was born November 19, 1977, in Jefferson City, a daughter to Charles Wolfe, Jr who survives of Jefferson City and the late Marilyn R. Wolfe.

Christina was a 1997 graduate of Jefferson City High School and had worked at Cargill in California as a forklift operator.

Christina enjoyed flowers and the outdoors but especially the time she spent with her grandchild.

Visitation will be held from 10:00 a.m. until 11:00 a.m. on Friday, October 28, 2016, at Morton Chapel in Linn. Funeral Services will follow at 11:00 a.m. with Pastor Randy Dignan officiating. Interment will be in the Ferguson Cemetery near Chamois.

Expressions of sympathy may be made to the Christina Wolfe family.

To order memorial trees or send flowers to the family in memory of Christina Kaye Wolfe, please visit our flower store.