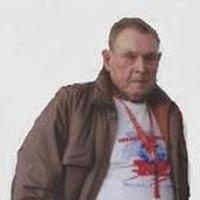 Clarence "Fritz" Frederick, age 88 of Chamois, passed away Wednesday, December 3, 2014, at his residence.

Fritz was born August 13, 1926, in Wilson, Kansas, a son to the late Frederick G. and Mollie (Miller) Frederick. He was baptized at Immanuel Lutheran Church in Wilson and attended Wilson Public Schools.

Fritz served in the United State Marine Corp from 1952 until 1954 where he earned a purple heart.

Fritz was employed at Layne Western as a well digger until his retirement in 1981.

After he retired, Fritz purchased his beloved farm that he called "God's Country" and he remained there until his death.

Fritz was formerly married to Rose Schneider and they had a son, Gary Frederick who survives of the State of Wisconsin. Additional survivors include: one brother, Ray Frederick and his wife Donna and one sister, Mary Koetkemeyer both of Salina, Kansas; and several nieces, nephews and friends.

In addition to his parents, he was preceded in death by: two brothers and three sisters.

The family would like to thank St. Mary's Hospice for the wonderful care they gave Fritz, especially Diana and Sam.

Funeral Services will be held at 2:30 p.m. on Saturday, December 6, 2014, at Morton Chapel in Linn with Rev. Floyd Gudde officiating. Interment with full military honors will follow in the Shirley Mint Hill Cemetery.

Expressions of sympathy may be made to Meals on Wheels or Central Missouri Honor Flight.

To order memorial trees or send flowers to the family in memory of Clarence "Fritz" R Frederick, please visit our flower store.