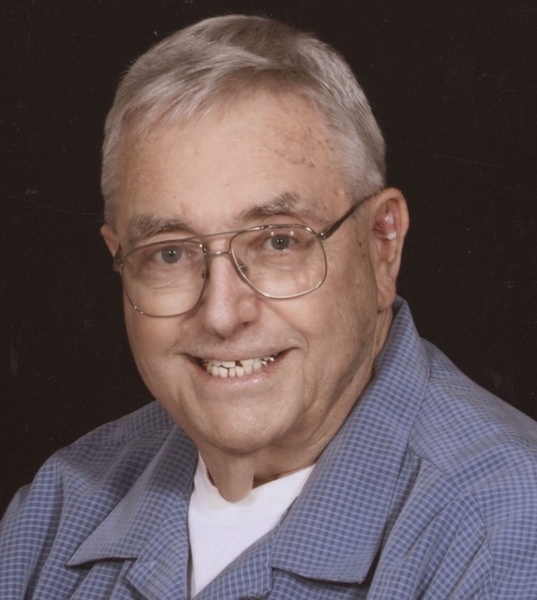 Roy was born on July 1, 1944, in Independence, a son to the late Raymond and Erna (Jenkins) Jones.

Roy was a graduate of De La Salle Military Academy in Kansas City.  He graduated from Columbia College in Osage Beach with a degree in Criminal Justice.

On August 1, 1998, he was united in marriage to Mary Catherine (Boillot) Atwell at St. George Catholic Church in Linn.  Mary survives at their home.

Roy was owner/operator of C. Roy’s Gunsmithing for over 45 years.  Law enforcement was another big part of Roy’s life.  He served as a sheriff deputy for Morgan County, Miller County and was Chief of Police for Osage Beach.  He was later employed with the Missouri Department of Corrections for over 30 years.

Roy was a member of St. Joseph Catholic Church in Westphalia; the Westphalia Knights of Columbus Council and he was a lifetime member of the National Rifle Association.

When Roy was not working on guns, he enjoyed making everyone laugh, with a good story from his law enforcement days. His greatest enjoyment was spending time with his family and friends.

In addition to his wife of twenty-three years, Roy is survived by his daughter, Carrie Jones and her partner Mark Grieco of Stilwell, Kansas; a stepson, Chad Atwell of Linn; three grandchildren, Aubri Atwell, Paul Grieco and Alicia Grieco; a great granddaughter, Maria Elise Grieco; a sister, Donna Griffith of Laurie, a sister-in-law Mary Jane Jones of Independence; along with many nieces, nephews, and friends.

In addition to his parents, Roy was preceded in death by his son, Andrew James Jones and a brother, Stephen Jones.

In lieu of flowers, expressions of sympathy may be made to St. Joseph Catholic Church in Westphalia.

To order memorial trees or send flowers to the family in memory of Clarence Roy Jones, please visit our flower store.