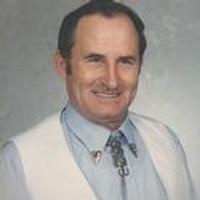 Clarence Leo Rustemeyer, age 87 of Belle, passed away Tuesday, December 2, 2014, at his residence.

Clarence was born on September 16, 1927, in Jefferson City, a son to the late Anton and Mary (Reinkemeyer) Rustemeyer.

Clarence was a 1945 graduate of Wellston High School in Wellston, Missouri.

Clarence was employed at Airpath in St. Louis where he polished the lens for the airplane compasses. He also crafted guns that was used on helicopters.

Clarence was a "Mr. Fix It". He enjoyed working on computers and loved going to garage sales to find old computers and printers to fix and finding those "unique" items to collect. Clarence loved animals, he enjoyed hunting, fishing, gardening, reading, square dancing and golfing. Clarence was a big kid at heart with his sense of humor and loved to joke and talk.

Visitation will be held from 9:30 a.m. until 11:30 a.m. on Friday, December 5, 2014, at Morton Chapel in Linn. Funeral services will follow with Fr. John Schmitz officiating. Interment with full military honors will be in St. George Parish Cemetery.

Expressions of sympathy may be made to the family of Clarence Rustemeyer.

To order memorial trees or send flowers to the family in memory of Clarence Leo Rustemeyer, please visit our flower store.