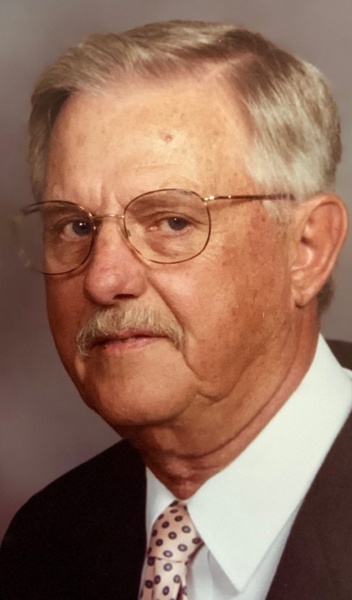 Clarence R. Shelley, age 84, of Linn, passed away on Thursday, May 14, 2020, at his residence surrounded by his loving family.

Clarence was born October 16, 1935, in Morrison, a son to the late William Shelley, Sr. and Marie (Vehlewald) Shelley.

Clarence was a 1956 graduate of Chamois High School. He was a veteran of the United States Air Force.

He was united in marriage on June 20, 1959, to Marjorie Breunig at Assumption Catholic Church in Morrison.  She survives of the home.

Clarence was employed by the Army Aviation Systems Command in St. Louis until his retirement in 1987.

He was a member of St. George Catholic Church in Linn, Osage County Country Club, and American Legion Post #5

Visitation will be held from 9:30 a.m. to 11:00 a.m. on Tuesday, May 19, 2020, at St. George Catholic Church in Linn.  Mass of Christian Burial will follow at 11:00 a.m. with Fr. Daniel Merz as the Celebrant.  Interment will be held at a later date in Jefferson Barracks National Cemetery with full Military Honors. The general public is welcome to attend the visitation while following social distancing guidelines. Please stay 6 feet apart and avoid close contact. Anyone is welcome and encouraged to wear personal masks or other personal protective equipment while in attendance.

Expressions of sympathy may be made to St. George Capital Campaign Fund or Central Missouri Hospice.

To order memorial trees or send flowers to the family in memory of Clarence R. Shelley, please visit our flower store.