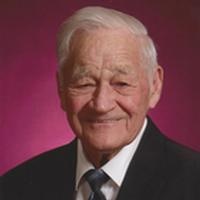 Clem was born on February 22, 1929, in Rich Fountain, a son to the late Henry and Sybilla (Reinkemeyer) Krieg.

Clem served in the United States Army during the Korean Conflict.

On November 23, 1954, he was united in marriage to Marilla (Kramer) Krieg at St. George Catholic Church in Linn. Marilla preceded him in death on July 13, 2015.

Clem was a farmer and he worked for M.F.A. Plant Foods. Later he was a doorkeeper at the Missouri Senate. He was a member of Sacred Heart Catholic Church in Rich Fountain, a Third Degree member of the Rich Fountain Knights of Columbus and the American Legion in Freeburg.

In addition to his parents and wife of 60 years, Clem was preceded in death by one sister, Marie Boes.

Mass of Christian Burial will be held at 11:00 a.m. on Friday, October 9, 2015, at Sacred Heart Catholic Church in Rich Fountain with Rev. William Debo as Celebrant. Interment with Full Military Honors will follow in the Sacred Heart Parish Cemetery.

Expressions of sympathy may be made to Sacred Heart Catholic Church.

To order memorial trees or send flowers to the family in memory of Clemence "Clem" J. Krieg, please visit our flower store.