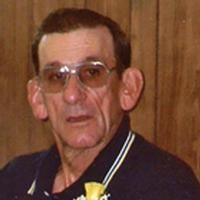 Cleo worked for Frank Twehous Excavating for 37 years before retiring as a heavy equipment operator and powder man.

Cleo was a member of Solid Rock Baptist Church and enjoyed deer and coon hunting, fishing and spending time with his family.

In addition to his parents and spouse of 55 years, Cleo was preceded in death by: one son, Larry Owens and a brother, Don Owens.

Funeral Services will be at 11:00 a.m. on Monday, August 10, 2015 at Solid Rock Baptist Church in Judge with Rev. Dan Bauder and Rev. Perry Wolfe officiating.

Interment will follow in the Solid Rock Church Cemetery.

Expressions of sympathy can be made to the Solid Rock Baptist Church.

Funeral arrangements are under the direction of Morton Chapel, Linn, MO. (897-2214) www. mortonchapel.com

To order memorial trees or send flowers to the family in memory of Cleo Robert Owens, please visit our flower store.